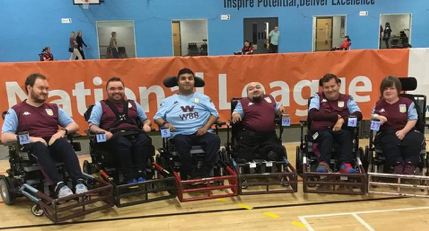 Firstly, a huge thank you to all for the tributes and love shown to Max before our first game. They were very much appreciated.

First up was Sale and Rockets dominated the game throughout. It could and should have been more, but a goal in each half from Dan & Jon sealed the victory.

Unfortunately, Brighton were unable to fulfil the fixture, so Rockets were awarded a 3-0 win.

What a start to Day 2, a fantastic performance against one of the country’s top sides. The Rockets played some superb football, totally outplaying the opposition and going into half time with a 2-0 lead. Goals came from Dan & Lizzie. The demolition was completed in the second half with further goals from Lizzie, Bubba & Jon. An outstanding performance and result.

The Rockets showed great character in a toughly contested game, coming back from a goal down early in the first half. Dan’s strike was deflected in off a defender for the equaliser, but he got his goal in the second half giving the Rockets their 2-1 win.